UPMC is a healthcare leader in Pittsburgh. Presbyterian Hospital was originally constructed in 1931 and serves as the main facility within its hospital network. Located in the Oakland area of Pittsburgh, “Presby” is a renowned center for numerous medical specialties, including organ transplantation, critical care/trauma services and neurology. It is also a site of leading clinical research and graduate medical programs.

Upon the completion of the new Children’s Hospital in Lawrenceville, a large portion of the “former” Children’s Hospital located directly south of Presbyterian Hospital was no longer fully needed. As a result, the strategy development of a controlled demolition was developed with UPMC and the architect to succinctly remove four stories above the current roof level and approximately 60 percent of the existing floor plate at the remaining stories.

The project included a partial demolition of a 12-story steel framing hospital, constructed in 1982. B&H worked closely with the contractor to provide design services to aid in the demolition process. Design services included laterally stabilizing a 3-story retaining wall, validating floor slab capacities for support of demolition equipment, and performing site visits to consult the contractor on demolition sequencing. This project also included stabilization of the remaining hospital for both gravity and lateral loads. New lateral load resisting systems were retrofitted within the existing structure. New facade support was also provided to enclose the demolished end of the building 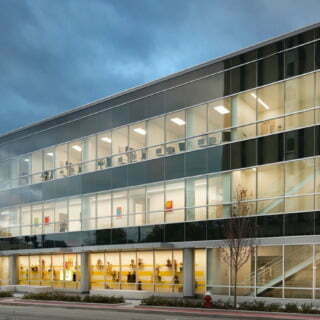